Of trim and tape

Well, we may not have figured out an exact match for our wall texture, but we got close enough for now. Not suprisingly the desire for aesthetic harmony on one hand was balanced on the other by our desire to not sleep in the basement all winter. 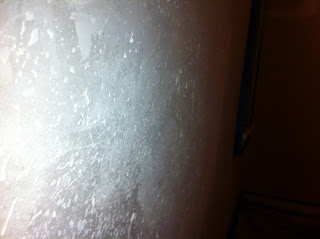 After all that its time for the part that my partner in life and projects likes the best: 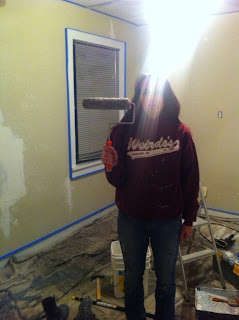 And now after three nights of primer, top coat, and spot filling, things are looking more finished than unfinished. 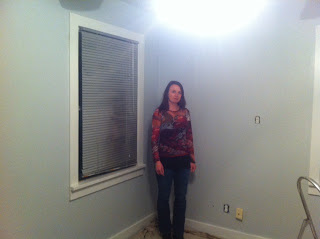 Now that we've removed the tape, we're seeing all the places where the previous owners tape job or care in painting failed, and so when tonights largescale touch ups are dry tomortow, we'll be going back to do small scale finish work where the old wall color shows through at the cornerd and in many places spills onto the trim. Not something you really notice until its interloping as a third color where there should only be two.

We also picked up a light fixture for the wall receptacle, and began to look at blackout curtains to keep out the street lights at night. All in all its been a relatively painless facelift for the bedroom, and we're both quite looking forward to inhabitting it once again 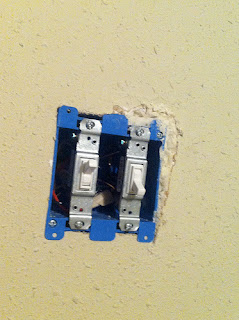 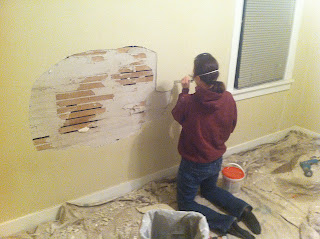 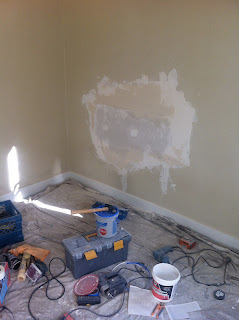